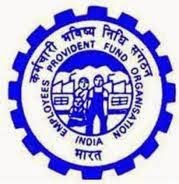 "It has been decided to pay 8.75 per cent interest in the current fiscal," Central Provident Fund Commissioner (CPFC) K K Jalan told PTI after the meeting of the Central Board of Trustees (CBT), the apex decision making body of the Employees' Provident Fund Organization (EPFO).

The EPFO has about 5 crore subscribers and the decision will have a bearing on their retirement fund.
The decision to retain the interest rate on the provident fund deposits at last year's level was taken despite some protest by the trade union members of the CBT, sources said.

The final notification for payment of the interest rate for the current fiscal will be issued by the finance ministry later.

The EPFO had provided 8.75 per cent rate of interest on PF deposits for 2013-14, which was higher than 8.5 per cent paid for the previous fiscal.

NEW DELHI: Air India will sell tickets for Rs 100 (taxes extra) for five days from Wednesday — which it will celebrate as Air India Day to commemorate the merger of erstwhile Indian Airlines and Air India on this day in 2007.

This is the first time that the airline will be celebrating the Air India Day. A function will be held to celebrate the day and also to award the meritorious employees of Air India.

CHQ and Other Circle branches